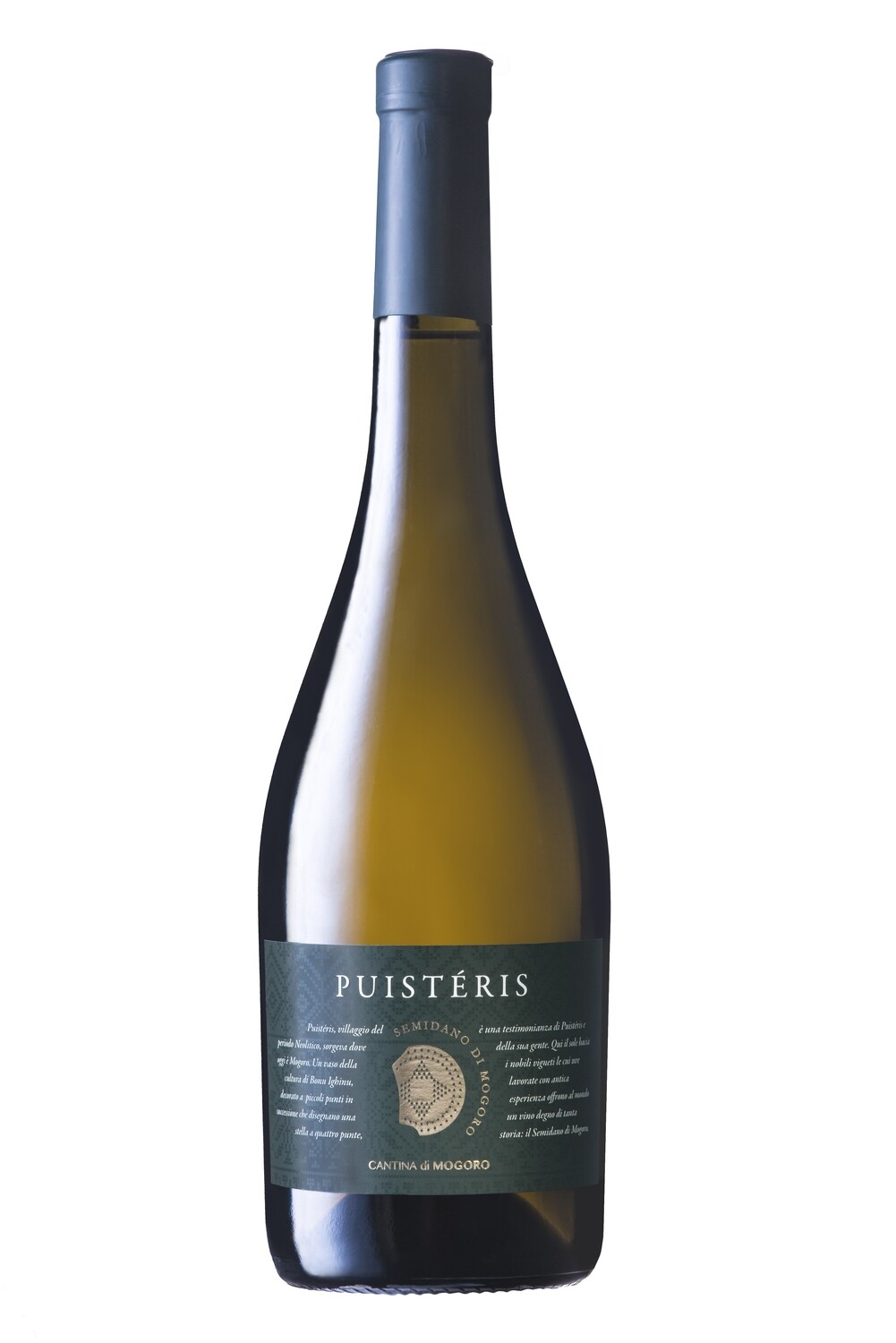 SKU WBPSS01
In stock
1
Product Details
Region: Sardinia
Producer: Cantina di Mogoro
Grape Variety: Semidano
ABV: 13%
Vintage: 2019
Colour: White
Bottle Size: 75cl
Wine Type: Still
The most ancient reports of this vine date from 1780. After unsuccessful attempts of production in other areas of the island, the Semidano was recognized as a varietal of unique expression in the Mogoro area, getting the DOC. It's an unproductive vine characterized by small and compact clusters, with medium resistance to cryptogams. It's sometimes confused with Nuragus grape for it's similar shapes of vine shoots and leaves. Maturation occurs in the second week of September. In late harvest, the first ten days of October, the Semidano gives white wines of great structure and complexity or fascinating sweet wines.

Golden and bright yellow. It's a fine, elegant and well-balanced wine. It expresses olfactory notes of wild Sardinian aromatic herbs such as helichrysum, followed by smells of broom, beeswax and honey. Its characteristic savory taste, combined with the freshness of good acidity go together with a pleasant persistence of fruity notes.

It's best enjoyed with... It's a wine obtained from late harvest, without residual sugars. Some say that it's an 2

"intimate wine", complex, layered and elegant. Fascinating companion of tasty pasta dishes with shrimps or seafood sauces (no tomatoes please); it's a good pairing with scallops au gratin, as well tasty fish with sauces or roasted in crust with aromatic herns. White pizza with mushrooms and semi-mature cheeses.

Vineyards: Vineyards are grown in freestanding training system, in Mogoro low hillside surrounding areas. The soils are clayey-calcareous, partially composed by quaternary sands. The cli- mate is sub/arid with mild winters and very hot summers, cooled by the salty winds of the mistral. The average annual rainfall is 500 mm. The harvest is manual, starting from the first decade of October, with a severe selection of grapes. The crushing occurs within a few hours from picking. Thanks to the late harvest, grapes keep a higher residual sugar degree as well a higher percentage of terpenes. The yield per hectare is 50/60 q.

Vinification: Short maceration of the must with the skins. After the fermentation carried out under temperature control, the wine refines for about three months in French oak barrels of 500 liters, with several operations of "batonnage" (stirring up the lees). Nine months more in stainless steel vats, followed by 2 months in bottle are necessary before selling.

Bottling and Ageing: Sterile under nitrogen pressure. A wine of great structure and extracts; it expresses its best and ennobles its characteristics along an ageing per iod that lasts more than 3 years. The optimal storage conditions are essential to appreciate the best characteristics of the wine.

Save this product for later
Display prices in: GBP