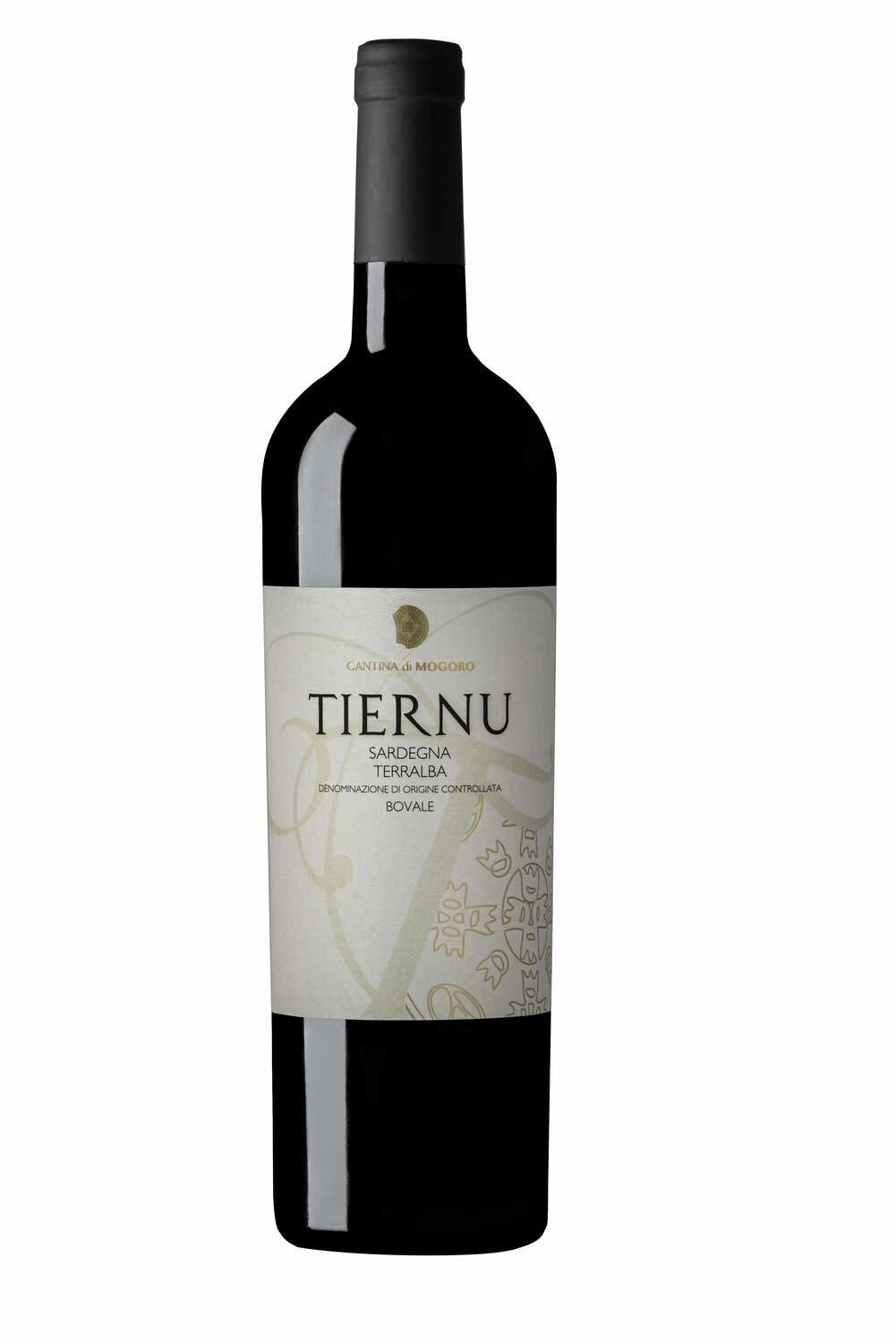 The origins of the grape are still not certain, but literary sources mention it on texts around 1300, and mostly during the period of Aragonese domination in Sardinia from approximately 1400 to 1700. It expresses its best quality in sunny vineyards and in loose soils, in Terralba areas, close to Oristano town. It’s a very vigorous vine with large leaves and compact cluster of small berries, with a thick and rich in color skin. It’s fruitful on average, such as resistant to cryptogams. Maturation takes place between the third week of September and 1st October.

Its color is dark ruby, bright and transparent. Nose: smells of ripe red fruits as cherries, strawberries and raspberries are followed by hints of dried fruit and Mediterranean herbs. The taste it’s pleasantly tannic, with good aromatic evolution and fruity and balanced acidity that gives freshness.
Serving temperature: 16-18° C

It's best enjoyed with...

It’s a nice “flexible” wine, easy to match with many dishes, thanks to the balance and the characteristics of the grapes. It's enjoyed with ham, cold cuts, baked vegetables entrées au gratin or in pies. It’s a good match with pizzas, pasta with meat sauce and white cheese light sauces, meat-stuffed vegetables, grilled meats.
Tiernu Vineyards:
Medium hillside vineyards in the surrounding area of Terralba and neighbouring villages grow in freestanding or espalier systems, on sandy and sandy-clay soils. The climate is sub/arid with mild winters and very hot summers, cooled by the salty winds of mistral. Average annual rainfall is 500mm. The harvest takes place the last week of September. The yield per hectare is 70/80q.

The fermentation lasts about 15 days, Repeated pump-over into the lap and délestage ensure a good extraction of aromatic and color compounds and allow the best extraction of polyphenols from berries. Fermentation under controlled temperature, never above 28°C. After this stage, the wine refines for about three months in large chestnut barrels and then for 8 months in steel vats.

Sterile under nitrogen pressure. It’s a wine of good structure and body, with aromas and structure that evolve without breaking down. We recommend you to drink it within 5 years from commercialization. It 'should be stored in the best conditions (in the dark, in a horizontal position at a constant temperature of 18-20° C).
Save this product for later
Display prices in: GBP